What are literally the best/worst albums of Queensryche?  I am pretty sure that most of you would suggest everything from "Warning" on up to "Empire".  They were never my favorite band but I have been hearing quite a bit of their stuff on Hair Metal Nation and wanted to track down a few of their albums.  After "Empire", I know many of the fans are divided as to whether this band was still any good especially as they added some alternative sounds to their style.

I can only confirm the greatness of Operation: Mindcrime. Rage for Order is also quite good, but a bit slow overall for my taste.

I'm in the minority who prefer Rage for Order second to Empire. As far as worst, not really sure. I know Dedicated to Chaos is looked upon in this light by many. 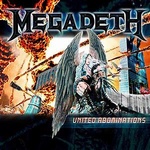 Rage For Order and Operation: Mindcrime are my favorites. The newer stuff with Todd LaTorre on vocals ain't too shabby either.

I think Warning through Empire are all great.

Here is a band I definitely have an opinion about.  I was a teenager when their self-titled EP came out in the early 80’s and they have been one of my favorite bands pretty much ever since.  They have some fantastic albums, and some incredibly bad ones as well. (sorry in advance if this looks like a long blog post)

The Best (chronological order)
-Queensryche EP (1983): Probably their most metal release.  “The Queen of the Reich” and “The Lady Wore Black” are both outstanding tracks.  You can’t go wrong with this one.
-The Warning (1984): Some more progressive elements on this ablum but still showing a young and raw band who knew how to write a great metal song with a hook.  “Take Hold of the Flame” was the single, but “Deliverance” “No Sanctuary” and the title track are all great.  There is only one super long song “Roads to Madness”, but I think even your musical ADD will be able to tolerate it (it is amazingly good).
-Rage for Order (1986): A few slight aavant-garde moments in this album, but the songs are still very accessible and laden with hooks.  Try “Walk in the Shadows”, “I Dream in Ifrared”, “London” and “Screaming in Digital” to get a taste of the album (likely my all-time favorite from the band)
-Operation Mind Crime (1988): great album with some amazing song writing.  A few really good tracks as singles “Spreading the Disease” “Breaking the Silence” and “I don’t Believe in Love”.  Some of the other songs/tracks don’t work well as stand alone tracks (I Remember Now, Ancharcy-X, My Empty Room), but that’s because this is a concept album, and it plays best all as one listen
- Empire (1990): The band’s attempt at a commercial album.  Lots of tracks work as singles “Best I Can”, “Jet City Woman”, “Another Rainy Night (Without You), “Empire” and of course the obligatory radio ballad “Silent Lucidity”.  This was a great album if you like songs with hooks.
-Condition Human (2015) Second album with new singer.  Not quite as good as the previous 5 albums on this list, but a fantastic return to form.  Some great tracks on this album, try “Hellfire” “Selfish Lives” “Eye9” or “Bulletproof” to get a feel for the album.


The Alright (chronological order)
-Promised Land (1994): Some of this is a bit “hit and miss”.  A decent album, kind of a more “stripped down” sound with some pretty decent tracks like “I Am I”, “Disconnected” and “One More Time”, along with a few clunkers.  Pretty decent album, but probably not a good place to start
-Tribe (2003): The bands best song-writer comes back to help out on this one album and it yields some mixed results, some great….but the rest just alright to poor.  Try “Blood”, “The Art of Life” and “Open” to get a feel for the album, but not the best place for a new/returning listener to start with the band.
-American Soldier (2009): I wanted to hate this album, but found myself actually liking nearly one-thrid of it like “Hundred Mile Stare” and “The Killer”, but much of it Is a bit meh. (most of the album not really written by the band).  Not at all an album for the casual fan.
-Queensryche (2013): After firing Geoff the band Hires a young Todd LaTorre who can sing almost exactly like Geoff used to.  This album is something of a return to form…not quite there yet, but definitely close. (great songs “Where Dreams Go to Die” “In this Light” & “Open Road”).

The Bad (again chronologically)
- Hear in the Now Frontier (1997): This isn’t a grunge album, but the grunge scene in Seattle greatly impacted it.  More misses than hits on this album, listening back some of this is quite cringeworthy.  Probably only an album for the hardcore fan.  Not horrible….but just barely
-Q2K (2000):  The band tries to move back to the prog-metal it is known form but has lost their best writer (and replaced him with a vastly inferior guitarist).  A few decent tracks “Liquid Sky” “The Right Side of My Mind” but sadly much of the album is rather forgettable.
-Operation Mind Crime 2 (2006): The album was almost completely written by two guys not even in the band….and it shows.  I listened to this album 6 or 7 times really trying to like it.  I couldn’t and traded it.  Give it a try if you want, but to me it feels like a band trying to sound like Queensryche and failing.  Some of their older fans actually loved this album.
-Take Cover (2007): The band’s “cover album”, an odd mix of music from the 70’s and 80’s.  Some of it works, most of it doesn’t.
- Dedicated to Chaos (2011): This is the end.  The singer Geoff  had complete control of the band and wanted to make a pop/jazz/funk album.  I am so glad I didn’t buy this total sack of $#!^.
-Frequency Unknown (2013): After being fired from the band Tate hires a group of second run musicians from L.A. and tries to cash in on the name of his once mighty group.  He fails, poorly.

I wouldn't argue with any of that except the first album with LaTorre is a little better then alright.

Black Rider wrote:I wouldn't argue with any of that except the first album with LaTorre is a little better then alright.

I think so too personally, but I don't think it would be a very good place for a new (or returning) listener to start.  "Where Dreams Go to Die" is an absolutely fantastic song, but the short album had one too many instrumentals.  Still a great reboot.

Don't waste your time with anything past Empire.

Depending on how "metal" you want them to be, start at the first EP release for the most metal or "Empire" for the least.

Operation Mindcrime was so far superior to everything else that I’d start there. Rage For Order and Empire are both good but have some fillers. The Warning is solid but the poor production quality really holds that album back.

Nothing after Empire is worth much.

Warning is superior to Rage for Order overall. And I got no sound issues cranking up the original vinyl. Warning is a better top to bottom classic metal album while Rage for Order runs out of gas after Chemical Youth. I’ll take Child of Fire and Roads to Madness over London/ Screaming in Digital / I Will Remember any day. Thats what so great about Mindcrime though — the best song is the last one! (Eyes of a Stranger).

I'm a little surprised how many people seem to dismiss the ep. I will never forget the first time I heard Queen of the Reich. I was even more impressed after seeing them live. I didn't follow them after Mindcrime, so I have no opinion there. I will also add that, in my opinion, Take Hold of the Flame is one of the best vocal performances in metal, ever.

metaldude wrote:I'm a little surprised how many people seem to dismiss the ep. I will never forget the first time I heard Queen of the Reich. I was even more impressed after seeing them live. I didn't follow them after Mindcrime, so I have no opinion there. I will also add that, in my opinion, Take Hold of the Flame is one of the best vocal performances in metal, ever.

The EP is amazing!  I remember watching them perform all four songs from it opening for Dio back in 1983.  Still listen to it today.

I like the songs on the EP, but man, the production there is ROUGH. For many, that's a charm. For me, that's a big drawback. If they re-recorded those songs, I'd be all over that. But as good as LaTorre is, I don't know that he can match Tate's abilities on the EP. Tate was unbelievable on those first five albums, but especially on the EP and Mindcrime.

Follower of Jesus wrote:I like the songs on the EP, but man, the production there is ROUGH. For many, that's a charm. For me, that's a big drawback. If they re-recorded those songs, I'd be all over that. But as good as LaTorre is, I don't know that he can match Tate's abilities on the EP. Tate was unbelievable on those first five albums, but especially on the EP and Mindcrime.

As much as I love LaTorre, I think it would be a bad idea to rerecord much of any of the Tate material (especially those first five albums).  No matter how good a job he does it just won't be able to compete with the "nostalgia factor" most fans have with those albums.
Heck even Tate rerecorded some of the Empire and OMC songs to tack on to the end of his lone solo Queensrche album "Frequency Unknown" and it sounded absolutely horrid.  That stuff just shouldn't be touched unless as a cover by a completely different band who will put their own spin on it.

LaTorrre nails Queen of the Ryche in his first Q album....and Prophecy....and EnForce. AND they’re all LIVE.

I'm with Staybrite in terms of 'ryche album quality.  Rage is my favorite.  The EP and Mindcrime are for those demanding a metal fix.  The second Latorre album is really strong.  There are quality tracks scattered here and there on the bad albums even Q2K.

On The Warning issue: it's really a break through album in terms of being one of the original prog metal releases - it just doesn't rock that hard cuz the guitars are a little buried in the mix.  Warning, Deliverance, and Before the Storm do kill though. Take Hold is a classic without question.  For being one of the first true prog metal songs, Road to Madness, is a total snooze fest and, believe me, I've given it plenty of chances since I reviewed the album awhile back when I did a 'history of prog metal' write up.