how do you put your records / CDs on the shelf?
for example, focus on Saint...


I'm having trouble telling if the way I'm asking this makes sense so let me know if not...​ 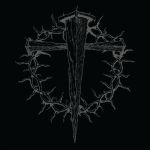 Option 2 I suppose. I put them alphabetically by band and then each band's discography chronologically. 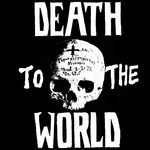 I no longer have many CD's and have zero LP's, but if I were going to organize a collection, I would absolutely organize according to Option 1.

I prefer to have different versions of the same title together.

Pretty much random for me. I have my CDs in shoe boxes. The problem is I have to go on an expedition to find a particular CD if I haven't listened to it in over a month.

My LPs are not as bad, since I have a smaller collection, but they are still a random arrangement.

This is a delightfully ridiculous question, I love it. I don't face this one specifically because I don't have multiple versions of the same album, but I have similar issues as well.

I would ultimately default to organizing by original copywrite/recording date, which I guess would be option 1. I somehow skipped power metal completely so I know nothing about Saint specifically and if some of these are re-recordings then that would be another variable. . . but if they're just re-issues or re-masters I would do option 1.

I like to have my vinyl in alphabetical order...

Similar topics
» record storage - THE SUN
» forgotten Balance of Power record (sort of)
» My Song About L.S.D. (Well, Sort of)
» My testimony (well sort of)
» Name Change(Sort of)!