There was a new comment on one of my older YouTube videos. They pointed out Christian metal, but "wearing a Dark Funeral shirt and smoking". (it's vaping, but its nicotine, so I guess their point would still stand.) 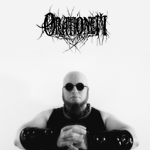 Where does it say in Scripture that smoking is a sin?

You can't allow trolling boobs to bully you with their preconceived notions and absurd accusations.

BaleMaster wrote:Where does it say in Scripture that smoking is a sin?

I was thinking earlier, where does it say in scripture that clothes make the man? XD

BaleMaster wrote:
You can't allow trolling boobs to bully you with their preconceived notions and absurd accusations.

It didn't feel too much like trolling or bullying, especially since it was 1 sentence and only making that comparison.

I remember a friend talking about a FFAK member wearing a Ghost shirt and it made him cringe. It wasn't about sin, or not trusting the band anymore, or trying to judge their lives, or anything that deep. Just some good old fashioned "Awwww man." disappointment on the thoughts or behaviors that lead to that shirt being worn.

Couldn't help but think that may have been the context. Not judging me as a person, but judging what they observed and being disappointed enough to say something about it. (again, 1 sentence and no meaningful punctuation, it's hard to guess the tone.)

I'd forgot I wore that shirt in that video. The 2016 me was thinking "Well, they are one of the musical influences for the music I do, it makes sense to wear the shirt since it isn't obscene." Haha!

Oh no Thomas, why do you smoke?!

Andreas89 wrote:Oh no Thomas, why do you smoke?!

Why do I vape? Well, I started doing it January 2016, when the cancer treatment for stage 3 colon cancer began. I had difficulty with pooping (well, you asked, so I'm telling you!) and laxatives, fiber, and other things only helped so much with movements. Nicotine gets bad wrap because of smoking and the toxins/carcinogens released from breathing something burning, but nicotine itself helps with "motility" (it is a stimulant after all) and it is a mild pain reliever. It helped me be "regular" more than anything else. Plus I enjoy it. Its a similar level of "refreshment" as a cup of coffee.

Since January 2016, I've stopped vaping a few days here, a few days there. Cravings were really minimal, nothing compared to stopping cigarettes. ...but I really noticed issues being able to "go" again, without that stimulant.

My vape liquid is less than 5 organic ingredients. Two of which you've eaten yourself, if you've ever eaten a protein bar.

As far as lungs, I have plenty of wind. I can vape while running with a push-mower, while running on a treadmill, while having a footrace with my nephew, while doing squats, etc. In public, I'll get smirks out of strangers when I vape through a mask.

I use a rebuildable tank atomizer. I put a fresh organic cotton wick in every 4 days or so. (the coil in it heats the liquid soaked cotton that forms the vapor). I set the wattage low, so when the coil smolders, it doesn't even turn red. (low heat)

I'll concede its a habit, but I'm reluctant to consider it an addiction. (not enough consequences for what addition usually has, IMO) The monetary cost for me is $20 every 2 weeks.

My family and my wife's family do not smoke, and I vape up a storm around them. Only remarks I've really gotten are, "What's in that? It smells really good." "natural maple and natural tobacco" is the short answer. :B

I remember parking in the McDonald's drive-thru when, directly ahead of me, these disgusting, roiling smoke clouds misted out of their car.  I guessed the car's passengers  were either Cheech and Chong, or vaping teens.  Then the millennial driver rolled down her window and fanned that nasty crap out.

Gotta brush up on my internet sarcasm...

Gotta brush up on my internet sarcasm...

I gotta brush up on dialing my replies back. You could have only quoted the word "smoking" from my post and only said "wut", and I probably would have typed the exact same thing.

I went into this store today. The guy ringing up my stuff was like, "What's your shirt say?".

What started out with me explaining my Ankou Awaits shirt and finding Orationem on Spotify for him when he said he liked underground metal and grind, ended up with me facepalming in the checkout lane, ranting about how much music I've made, and how little self control I have when it comes to NOT making more.

Yeah, it would have been a lot cooler if i would have shut up and let the conversation end after I directed him to my music he asked about.

I guess this is what passes as a Christian devotional book from Target nowadays. 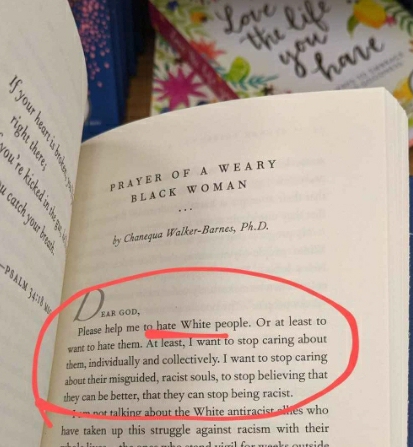 "He who hates doesn't know God, for God is love."

The Galaxy s21 is functional...except for the AT & T simcard, which should hopefully be here later this week.  Then I send them my old phone on this trade-in and cancel my Cricket account.

Wrapped up the phone business yesterday. Now it's the office chair.

Patrisse Cullors, Black Lives Matters co-founder, in an interview with Jared Ball of the Real News Network said "We are trained Marxists."

Just out of pure curiosity, I would like to know their thoughts on the letter Marx wrote to Engels on July 30th, 1862.

Its in my budget to get a new phone, but I haven't bit that bullet yet.

The primary reason, this game I've been playing on my Galaxy S9 for the past year and a half, is not compatible with the S21, let alone the S20.

ThomasEversole wrote:I guess this is what passes as a Christian devotional book from Target nowadays.

Sickening.  And while on the topic of WTF...
https://disrn.com/news/parent-sues-new-york-for-the-right-to-marry-their-adult-child

God help our nation.  His common grace has held us together for some time, but now we're spiraling into depths of such depravity that I can't even comprehend...

Sodom and Gomorrah were pikers compared to these blatant, unrepentant sinners.

God have mercy on us.

On a lighter note, the computer chair is done.  And it's comfy.

On another more positive note, I suddenly found out about a law job in the Netherlands at a boldly christian organization. Actually the plan was to move to the west of Germany so that the jump to the Netherlands would be smaller, but this was an opportunity I couldn't pass on. There would be plenty of family and friends in the area as well. The only downside is that we aren't used to such an overcrowded country as the Netherlands anymore. But well. "Apes together strong" sounds like a pretty good battle cry at the moment.
Anyway I just sent my application to them and I saw that they moved the deadline further away, so my guess is they really need people. Now let's see how we are going to tackle that border between us...

Remember when Radical was a positive word that meant cool (as in, "this new album is radical dude!")?

My brother and I got a wonderful parcel of mail today:  we've been randomly chosen by the government to "partake" in an additional Census! (I'm joking, it's mandatory.)  We'll have to fill it out in stages, as some of the overly-intrusive questions are meant for us individually.

When you feel like making an applicable meme to what's been on your mind lately... 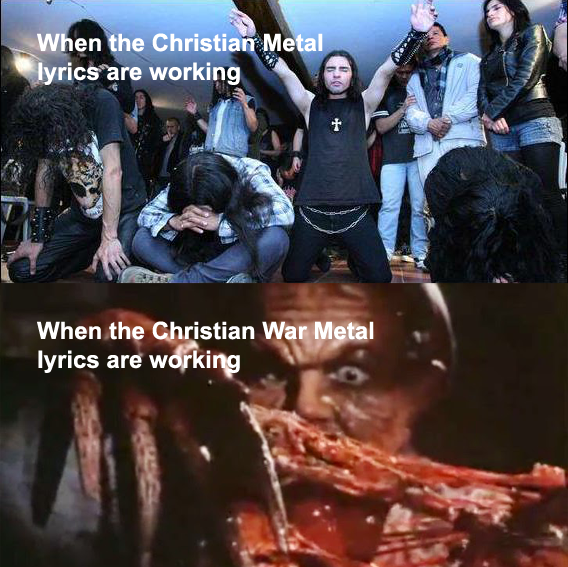 ThomasEversole wrote:I guess this is what passes as a Christian devotional book from Target nowadays.

I'm scared of this kind of hate speech more and more present everywhere, if it's about Whites some people can say all horrors they want...
Nobody is racist by his/her skin color. Some are eaten by their own hate, hope they will find peace.

by ThomasEversole Today at 9:35 am

Triptyque wrote:I'm scared of this kind of hate speech more and more present everywhere, if it's about Whites some people can say all horrors they want...
Nobody is racist by his/her skin color. Some are eaten by their own hate, hope they will find peace.

I know political discussion is forbidden here, but in that realm is literally the societal proof, its not about the color of skin at all.

There is a black republican/conservative senator who's had a list of racial slurs flung at him over the past few months from other white senators, white journalists activists and other white progressives.

Is the internet outraged over this racism?  Are these whites at risk of being canceled for what they said?

If anything, the outrage seen is over "the whiteness" of this black senator.  Only republicans/conservatives are decrying racism, and that is either silenced, dismissed as rhetoric, and only seen in conservative news feeds which are practically underground news at this point.

Its a (D)ifferent kind of clown world nowadays.