I reviewed Epta Astera's upcoming album Feste Burg.  Check it out!  I highly recommend this album; it's got major best of 2019 potential for me...

For those unfamiliar, Epta Astera is a one‑man project of C Harwick, seamlessly combining elements of black metal, Gregorian chant, doom metal, and post‑rock – among others – to create some rather unique and breathtaking music.  (As a note, Epta Astera has been combining black metal and ancient church‑styled chanting long before Batushka ever existed and popularized this style.)  Epta Astera has released two full‑length albums and one EP prior to Feste Burg, though this new album is the first to get a proper physical release (via Mourning Light Records).  Stylistically, these new eight songs continue in the trajectory of the previous works but it’s clear that Hardwick has been rigorously honing and expanding his skills for the past six years since Epta Astera’s previous release.  It also incorporates more doom elements than prior releases and is more cohesive/expansive than pre‑existing fans may be used to.

Feste Burg begins with Salva Regina: incorporating atmospheric instrumentation, Gregorian chanting vocals, and tasteful usage of the didgeridoo – which have all helped set Epta Astera apart from other acts.  This first track sets the tone for the rest of the album appropriately: dark, mysterious, foreboding, epic.  It also signals upfront that this album will be a journey and requests the listener’s full attention throughout its entirety.  The second track Noche Oscura is slow to build but offers a good indication of the overall feel and style of what’s to follow in the subsequent tracks.  It ebbs and flows from somber clean chanting vocals to crushing black/doom metal, then allows the listener to breathe some during a delicate section of primarily clean guitar before it closes with a crescendo of black metal intensity.  Noche Oscura then gives way to the third track Metonia which softly begins with the xylophone – another trademark of Epta Astera – and more clean vocals before it shifts to a plodding and somewhat triumphant pace, complete with some emotive lead guitar work.  Epic keys and distorted guitars make for an intense mid‑section before it softens back down with more refrained vocals, clean guitars, and minimal xylophone.  The album’s fourth track Aletheia begins with some elements reminiscent of more traditional black metal with its tremelo picking lead and distorted rhythm guitars but once the alternating and overlapping black metal shrieks/Gregorian chanting emerge, the listener is reminded that there is little here that could be considered “traditional” – especially as the song breaks way to whispered vocals, prominent drums, and an almost-groovy bassline with upbeat/hopeful keys and clean guitars.  Then the didgeridoo and black metal vocals return for a tense climax before the song ends on a softer note once more.  Acoustic guitars and a soaring lead guitar drive the first half of Feste Burg’s next song Exsurge Domine, continuing with the almost‑hopeful feel of the previous song… until the track gets about to its halfway point where it shifts to chanted vocals, heavier guitars, and a driving beat that brings back the gravity and pressing weightiness that permeates throughout the album.  But before the album fully commits to its darker and heavier elements, the sixth track Ich Kann Nicht Anders serves as a sort of interlude of layered Gregorian chants which take the listener briefly out of harm’s way as if they were transported into an isolated monastery high in the mountains.  Then as the penultimate song Die Mordischen und Reubischen Rotten der Bawren begins, the Gregorian chants turn to pained wailing, the drums and guitars pick up speed to make this one of the most intense and sorrowful sounding portions of the album.  It then transitions to a driving, more mid‑pace instrumental section and fades out before the closing track Augsburg begins.  Feste Burg’s final song starts off mid-paced with chanted vocals then shifts to a quieter section with acoustic guitars and keys which slowly builds before the song drastically changes to furious black metal mixed with more Gregorian chants and mournful wails, making for a climatic closing of the album.

The above song‑by‑song rundown only scratches the surface of all that is going on in each track; this is an album from which subtle melodies and nuances will boil to the surface through repeated and careful listens.  And for an album as musically eclectic and diverse as Feste Burg, it somehow never loses its cohesiveness which is quite a feat in itself.  This cohesiveness is aided by the fact that lyrically, the album’s eight songs are tied together to recount the famous happening 502 years ago of Martin Luther nailing his 95 theses onto one of the offending churches’ doors, igniting the Protestant Reformation – quite possibly the most significant event in the Christian church’s history since Christ’s resurrection.  The music’s combination of intensity, depth, broadness in scope, and heaviness makes for a fitting platform to tell a story such as Martin Luther’s.  It’s a rich and captivating album that will be especially rewarding to historically‑mindful listeners willing to give it their fullest attention.

Feste Burg is due to be released October 31st (Reformation Day) and can be pre-ordered here:
https://eptaastera.bandcamp.com/

I'm planning on it, together with the upcoming Wilderun album (plus their earlier albums).
Paypal is preventing me however, they want me to link a bank account even though I already did that. Have to wait a little bit I guess...

I actually listened to some of the songs on Bandcamp last night.
Very interesting stuff, I want to spend more time with it. 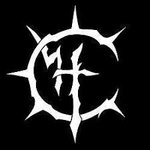