Back in the mid to late 90s, I really enjoyed some of the alt-rock and pop-rock that hit the radio waves. I worked in a lot of restaurants during that time and heard so much music. Some of those hits really grew on me and I'm very nostalgic about them.

Which 90s hits are nostalgic for you?

Love, LOVE that Kenny Wayne Shepard. When I programmed a classic rock station I added that song to rotation.

For me, it would have to be early 90's when I first started working in Top 40 radio so none of it is really rock. Some that come to mind:

As for rock I also enjoyed Metallica's black album, anything from Tom Petty, Juliana Hatfield (which I haven't listened to in years I need to pull her CD out and give it a spin).

Another band I liked during the 90's was Superdrag. Not very well known but they were from my hometown of Knoxville, TN. I went to high school with the singer, John Davis. While not friends we knew each other and discussed music a lot in class. He was in my art class. I was a senior when he was a freshman. He later became a Christian artist and has some fantastic solo songs. I found his e-mail address and emailed him a few times. He sent me a copy of one of his solo albums which was great. Here he is with Superdrag:

And while this isn't a 90's song, it does have that 90's sound. This is from one of his Christian albums:

Gin Blossoms! Awesome! That reminded me of Toad! I loved Toad back then as well as Gin Blossoms!

Man, every song in this thread, wow, such feels...

Yep, I agree some fantastic tunes. I think on the way home from work I will listen to that John Davis album. Then this weekend I will put some of the songs from this thread on my iPod.

I suppose this is for the "lighter" alternative rock, therefore i'll refrain from posting stuff like Smashing Pumpkins, Rancid, Offspring, etc.

And who could forget these gems?

This track brings so much memories

I have never heard that Freestyler song before.

This one has a personal story... While not a well known song, I laugh whenever I hear it. Back in 1992 or 1993 I was a student at the University Of Tennessee. I was in Communications and for one of our classes we had to work at the radio station WUTK "New Rock 90". They played college rock. It was a 125 watt FM non-commercial station. So they had no commercials, only underwriters and listener support (it is still that way now). We worked one 2 hour shift each week. My day was Thursday.

Thanksgiving break was coming up so I asked the teacher (I refrain from calling him a professor because he was a grad student) what we were going to do for Thanksgiving Day. He said we needed to be there or make arrangements to  have someone fill in for us. My slot was 6AM-8AM so I would be the first person of the day. The station was not 24 hours, it signed on at 6AM and signed off at 1 or 2 AM. So I always signed it on at 6AM every Thursday.

He posted a schedule for that day and being the trooper that I am I drove from my parents house to sign the station on. Then 8AM rolled around and no one showed up. I made a few attempts at calling people but no one, not even the teacher would answer the phone. So I sat there for another 2 hours. 10 AM rolled around and still no one showed up. I made some more phone calls, still NO ONE. By this point I was getting mad. So I put this CD single in the player, hit repeat and walked out:

I guess you could say I was mad at the girl who did NOT show up that morning so in my mind I was playing this song for her, especially the line "she gotta be the stupidist girl I've ever seen" hahaha.

Now remember, I said this is a 125 watt station (I think it has more power now). It covers most of downtown Knoxville and UT campus but not much else. So by the time I got back to my parents' house the station was out of range and I could not hear it 30 miles away. I went about my Thanksgiving Day and didn't think anything of it. A high school buddy was home from the Navy on break. That evening he suggested we drive to Gatlinburg. So around 9PM on Thanksgiving night we decided to drive to Gatlinburg. I told him what happened that day and we thought it was funny. When we got in listening range we tuned in to WUTK and low and behold the same song was STILL playing! We got a good laugh out of it. Apparently I was the ONLY person that showed up that day. It played until the first person came in at 6AM on Friday. I explained to the teacher what I had done and that no one showed up so I put the song and repeat and left. He understood.

This is just about one of the funniest stories I've ever read!

New Creation wrote:I have never heard that Freestyler song before.

My wife is a school teacher and over spring break she was making up new seating charts. Says she needs to keep the talkers seperated. So I thought of this song:

I also love this song, and I thought this was a hilarious version:

Several bands/songs spring to mind when I think of the 90's.  Most of them grunge era bands from the Seattle area (mostly because that is where I was living and going to the clubs watching many of them perform).  But several more radio friendly songs spring to mind as well.

For me the few songs that were good from that period where killed by over play and the rest are flat out terrible. SOOOOOOO not a 90's fan 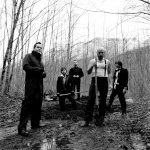 I am actually a big fan of 90's music.  There are so many good songs from back then, I could list many from different genres.

But I will just list a few that seem appropriate for this board and for this thread:

Way to resurrect an old thread.  This was a fun one.  Thanks for the additions Constantine.
I had totally forgotten about Helmet.  I remember hearing them occasionally on the radio.  I had a friend who was a huge Ministry fan and he drug me and a few other friends to one of their shows in the late 90's.  They had Ministry and Sepeltura opening for them.  Interesting lineup for sure.

There was no recent activity in the "Not Metal" section and I decided to poke around the past threads....I could resurrect many other threads but will try to be very selective.  Anyway, more to follow....

Speaking of "more to follow".  Here is a great song from the early 90's that was all over alternative/grunge radio in Seattle.  Not sure if it got much play elsewhere in the world but it should have.

Nice song.  I never heard it actually.  On the East Coast, all I ever really heard from them was "Nearly Lost You."

Here's another one of my favorites from the 90's:

Constantine wrote:Nice song.  I never heard it actually.  On the East Coast, all I ever really heard from them was "Nearly Lost You."

Yeah, "Nearly Lost You" was pretty much their only hit outside of Seattle.  Having it on that "Singles" movie soundtrack gave them a lot of exposure that they just weren't able to capitalize on.

Oh man I had totally forgotten about Sponge, great song.

While all this was happening bands like Blind Guardian, Helloween, Rage and Running Wild were putting out some great stuff. I like some of this, Goo Goo Dolls and Collective Stuff are good but there was a lot of downtuned, angst filled crap.

There were actually some really incredible metal albums released in the 90's that flew under the radar by the likes of Conception, Vanden Plas, Mind Odyssey, Centaur, Holy Solider, King's X, Wicked Maraya, etc.   But while the 90's had a lot of crap, there were also a lot of really good songs if you can take them for what they are (i.e. not metal, alt-metal, grunge, pop, etc.).

I liked some of the early Goo Goo Dolls stuff like Superstar Car Wash and A Boy Named Good, but unfortunately "Name" and "Iris" sent them into a fast spin toward ballad-heavy pop (and not even power ballads at that).


Love both those songs, though Closing Time has a memory associated with the ex so i dont play that song, but Hey Jealousy  Love that song!!!!!

One of my favorite songs ever is Gin Blossoms "Found Out About You."
Love those vocal harmonies.  "Hey Jealousy" and "Follow You Down" are also very good songs.

Here's another really cool song from a lesser known band called Gruntruck (Seattle).
The song actually starts at the 1:12 mark.  I did not want to post a video with just the album cover (if you look at it you'll see what I mean).   Otherwise, great song:

Cool, I didn't know that anyone outside of the Seattle area even knew who Gruntruck was.  Strangely enough they just released an old-new album back in 2017 (it was actually an older album that was never released in the 90's).

I think radio and the charts in Germany were a little different from the US radio/charts - many of the above mentioned songs I do not know.

I've never been a huge radio listener though - I'd rather stick with my CDs. Still there were several songs on the charts and in the radio in the 90s that I liked. And I even bought a few CDs.
Some of the songs still bring up nostalgic feelings and memories (e.g. school, military service, apprenticeship).


Although rap normally wasn't my cup of tea, there were some rap or hip hop songs that I pretty much liked:

and in the early 90s: MC Hammer - Can't touch this


In the military service and especially in the apprenticeship I was "forced" to listen to radio a lot more. So there are songs that remind me of that time, by bands that I wouldn't have listened to otherwise like...

Most of those songs you just posted where hits here in the U.S. as well.
I have to confess I don't remember hearing that Robert Miles, Fools Garden or Fettes Brot songs on U.S. radio at all.

Cool you listed Vangelis, I enjoy some of their stuff.

I got the Power - Snap
My Sister- Juliana Hatfield Three

Those songs take me back...

I actually thought about this last year, because there's a local band jam which started in the 90s, where local musicians form cover bands with other musicians they haven't played with before (this is not as important as it used to be). But anyway, the 20th anniversary was in 2018, so they wanted only 90s bands. My 90s were all about the groove, and the most important band to fill my need for groove was Jamiroquai. So I put together a Jamiroquai project for said Band Jam. It was awesome, and the restaurant where the Band Jam was organised asked us to come back for another gig later the same year, so I was really pleased with the result!