Started my winter work out regiment on Monday, seemed like a good jam to kick things off...

Larry Norman and Q-Stone, "Everybody Work"

Love that Undercover song and album, really their peak.

That song and album kick butt!  When I purchased that album, released in 1992, I was a youth minister at a church called 20th Street.  When I first heard the bridge to "Work It Out" - "at 20th street when the boats come in" - I initially had a "Whoa, man" moment.  Killer album, start to finish. 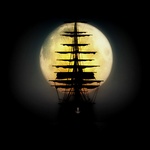 Great album...’work it out’ is a great song to kick off a great album...I just picked up their vinyl on Lo-Fidelity’s Bandcamp page...any suggestions on what other albums of theirs are worth getting?

No problem, BaleMaster...glad to have helped! Which version did you get? I got the splatter...one word of caution...the speed is set at 45 not 33! I listened to half of side one at the normal 33 for a 12 inch Lp and it sounded like a different record (slower and bassier) than the cd...until I realized they recorded it to a 45 speed usually made for 7 inch record! DOH!!! I felt like a Moron! Lol!

I have both speeds on my turntable, so thanks for the heads up!

To your original question--I believe it's a splatter. Splatterer? Splatterererer?